UFC Fighters with the Most Main Events

Who has headlined the most UFC events? 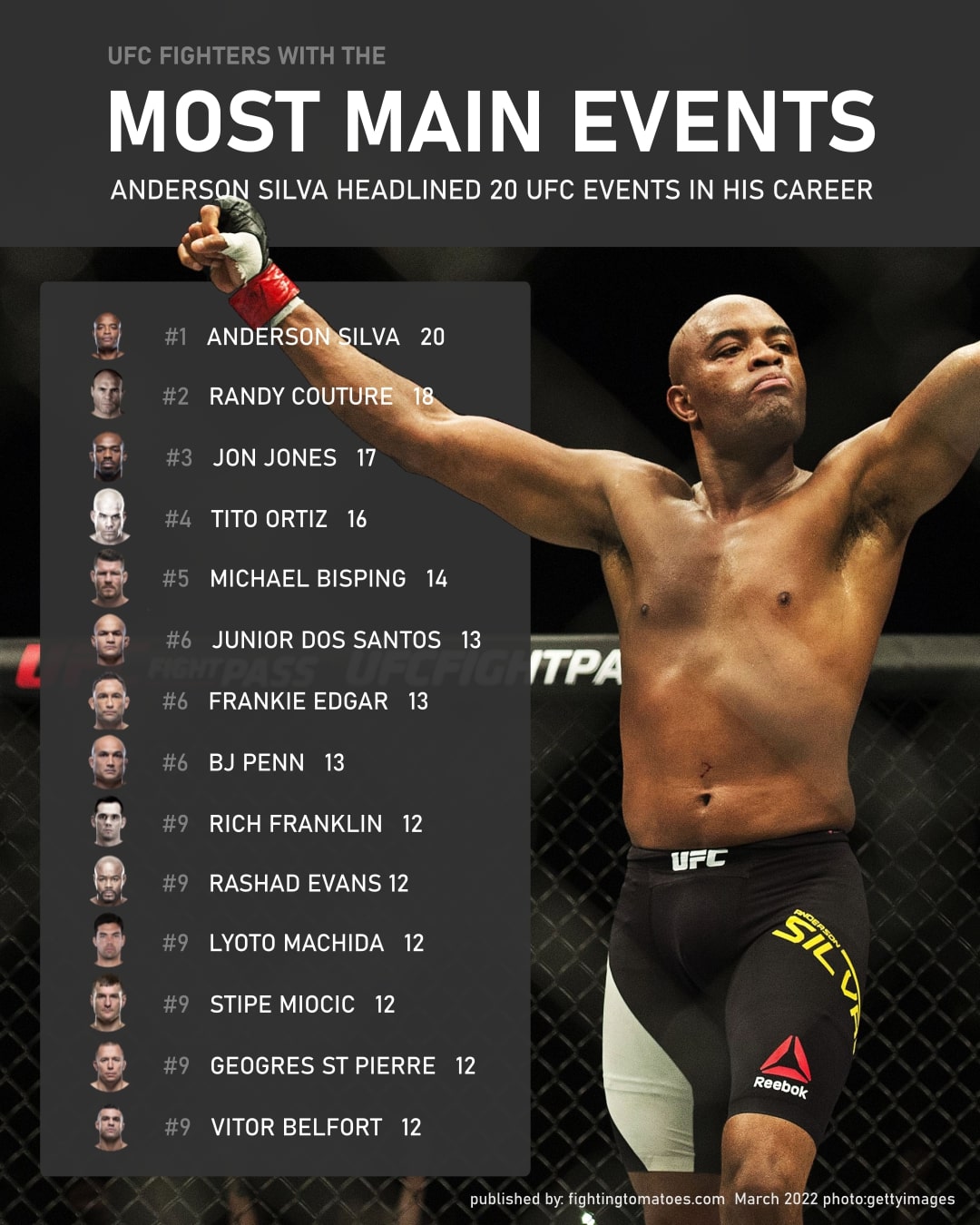 Which UFC fighter has headlined the most events? Anderson Silva holds this record - of his 25 UFC fights, he was main event 20 times. He remained at the top of the card from late 2006 until early 2016. In this stretch he became the UFC Middleweight champion and defended his post 11 times. He also earned three wins up one division, at Light Heavyweight.

Silva won consistently and was fantastic to watch. He dazzled viewers and opponents alike by evading attacks and deliver counters with seeming ease. He looked impossible to hit and impossible to avoid being hit by. Fighters who faced Silva reported that he was unlike any other fighter - his movement and counterstriking were a level above the competition. Forrest Griffin says of his fight with Silva: "I tried to punch him and he literally moved his head out of the way and looked at me like I was stupid for doing it. Like 'Did you really think you were going to hit me?' And then he punched me. I felt like some kid trying to wrestle his dad."

To spectators, it sometimes looked like Silva was showboating, dancing around or not taking the fight seriously. Then, just when you started to wonder where his offense was, he delivered a precision strike, a flying knee and some ground-n-pound to end the fight in a flash. It was always a wonder to watch his fights because you knew how dangerous he was, but never knew if he would find an opening.

Anderson Silva's record of 20 main even appearance is impressive and there is only one man who can challenge it - Jon Jones. Most fighters on this list are retired, but Jones is still active and has 17 UFC main event appearances. Currently Jones has stepped away from the octagon in preparation to move from Light Heavyweight (205lbs) to Heavyweight (265lbs). If he does come back, Jon Jones could easily headline 3 more UFC events, to tie and then surpass Silva's record. If Jones wants to vie for Greatest Of All Time status, passing Silva's Most Main Events record would be another support to his claim.